This February marks the beginning of Black History Month, a time for us to celebrate and acknowledge the culture of African Americans all over the United States. We use this time to reflect on the continued struggle for racial justice on generations of African Americans and the fight for a better, freer future.

The profession of nursing shares a long and prestigious history of African American nurses who dared to break through cultural norms to offer care to their communities. 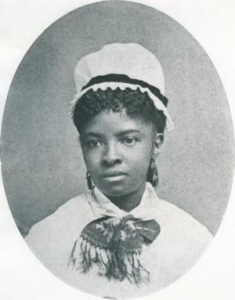 “Mary Eliza Mahoney (1845-1926) is noted for becoming the first licensed African American nurse. In 1878, at 33 years of age and 10 years after beginning her employment with The New England Hospital for Women and Children, Mary Eliza was admitted to one of the first integrated nursing schools in the United States. Out of 42 students that entered the program, Mary Eliza was one of 4 who completed the year-long intensive program, and the only African American.

Ms. Mahoney spent many years as a private nurse, where she continued to advocate for the profession of nursing and integration of black nurses to the institutions. She joined the Nurses Associated Alumnae of the United States and Canada, which later would become the American Nurses Association (ANA), but found the institution to be uninviting toward the black nurses.

In 1908, Mary Eliza co-founded the National Association of Colored Graduate Nurses (NACGN) and was a lifetime member. Prior to her death, Mary Eliza championed women’s rights and was among the first women to register to vote in Boston in 1920.

To this day, the ANA (who incorporated the NACGN in 1949) honor the Mary Mahoney award to those nurses who exemplify integration in their field.”

To learn more about her life, read this article on how Mary Mahoney was raised during a time of widespread discrimination and scarce opportunities.